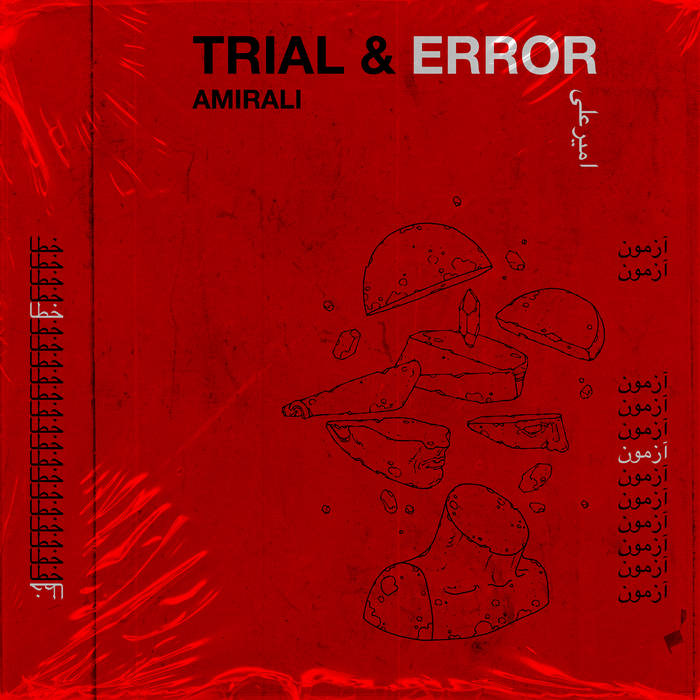 "Amirali has returned with an album that sounds like nothing else out there – an album no one else in the world could have made."
Loud & Quiet

"A graceful, glacial, slo-mo performance, oozing out of the speakers in its shimmering, opaque beauty."
Clash

"It's as if we, as listeners, are attendees to a conceptual art exhibition."
Aesthetica

Seeking to reimagine music from his eclectic repertoire in a neo-classical context, Iranian producer Amirali made a triumphant return with the release of his ‘Sokoot’ EP, alongside the soloists of Tonhalle Orchestra Zurich last month. Now, nearly a decade after the release of critically acclaimed debut full-length ‘In Time’, he is finally ready to unleash its stunning follow up. Set for release on 24th November via his own imprint Dark Matters, ‘Trial & Error’ is a labour of love perfected at Abbey Road, his unique explorations of electronic music resulting in something extremely powerful, cinematic and emotionally fulfilling.

“Making this album was a period of self-discovery in which I got to know myself on a deeper level. My goal was to simply learn and try something new. I always feel the urge to evolve and to explore different avenues in music and I think I have succeeded on this album.” Amirali

Amirali emerged from the Crosstown Rebels camp in 2012, demonstrating exquisite craftsmanship on his dynamic pop-infused bomb of a debut ‘In Time’. Captivating the dancefloor with a seductive concoction of weird and groovy, it presented the multi-faceted producer as the new voice in dance music, effortlessly blurring the line of techno, disco, funk and electronica. ‘In Time’ won praise from the likes of Mixmag, Resident Advisor, NPR, BBC Radio 1 and BBC Radio 6 Music, cementing his place in dance music’s new elite.

The global response to the album allowed Amirali to tour extensively, undertaking a heavy schedule from Fabric and The Warehouse Project in the UK, to Vienna Opera House, the Guggenheim Museum in Bilbao, and Warung & D-Edge in Brazil to name but a few. Since then, fired by the need to innovate artistically, Amirali decided to take a break from touring and submerge himself within the process again.

“I tried to be honest with myself throughout this whole process, this is why I called the album ‘Trial & Error’. I didn’t have a dynamic setup in the studio and I was constantly changing things around, experimenting and using different techniques to compose these pieces.”

After being teased with the beautifully jagged and unnerving sounds of ‘Sokoot’, Amirali returns with an impressive solo album to once again stake his claim as one of the brightest jewels in electronic music, as Mixmag once called him.

Space, depth and texture are three words that truly capture Amirali’s sonic signature and characterise the intricate musical world in which he operates.
it was this distinctive sonic style that gained his debut album ‘In Time’ such enormous critical acclaim. With receiving heavy praise from the likes of Clash, Resident Advisor, NPR, Mixmag, BBC Radio 1 & BBC Radio 6 Music to name a select few. ... more

Bandcamp Daily  your guide to the world of Bandcamp

Featured sounds by K.Spark and WIZDUMB, plus Basi joins the show to discuss his latest release.